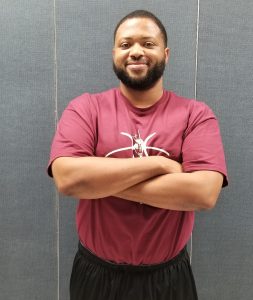 Ligon, who originally hails from Troup County, comes to the program from Jenkins High School in Savannah, where he spent three years working with new Vidalia Head Coach Jason Cameron.

A Georgia Southern University graduate, Ligon got his start at Carrollton High School. He worked under Ravaun Teague, who had just two losing seasons in 24 years as a Head Coach, before retiring in 2014 to go into administration. *

“I’m excited and grateful for the opportunity that Coach Cameron and the administration are giving me, to coach here in Vidalia,” said Ligon.

I’m very familiar with Vidalia and the tradition that exists here,” Ligon continued. “They have had some awesome athletes and teams, and the talent that is here now is pretty special, so I expect us to compete in our first year. We have a senior class who wants to win, no matter what they are playing. We also have great senior leadership, and that is vital to a program.”

At Jenkins, Ligon coached a defense that gave up a little more than 13ppg in his three years, while shutting out 10 opponents over the same period. During the Warriors 2019 run to the State Semifinals, Ligon’s defense only gave up 8.1ppg, with 4 shutouts, and held GHSA powerhouse Benedictine to 9 points in the 34-9 win for the Region Championship.*

“Obviously, I like playing from ahead, as it allows me to get creative with blitzes and coverage schemes. I know it sounds simple, but if the other team doesn’t score, we can’t lose. ”

Cameron, for his part, is excited to have his former DC at Jenkins on board “Coach Ligon is a great young coach who knows what it takes yo win. He relates well to the players that he coaches and brings a lot of energy to the table. We are very fortunate to have him on board.”

Ligon will be working at Vidalia High School as a Special Education Instructor.

No Events This Week

Events are added by athletic staff.
View All Events