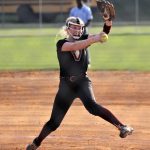 Bailey Holland threw a no-hitter Monday afternoon as the top-ranked Lady Indians of Vidalia High School won their 2nd Region 2AA Championship in a row defeating Swainsboro 9-0 in 5 innings. For the Indians, it was their 5th Region Championship since beginning fast-pitch play and their 4th in the last 6 years.

“You know we played well, and it’s good to get the win, and I am so proud of the way the girls have competed,” said VHS Coach Brad Thompson. Holland also had 4 hits on the day with 4 RBI’s, while striking out 11 from the circle, and Thompson said she is a difference-maker, “Bailey takes the team to another level and has come in and probably helped Starr (Madison) out because she is really fresh. You saw that when she went 9 innings the other night against Bacon Co. and was still throwing hard, and I’m not sure that this late in the season she would be that effective if she had to pitch every game.” Rileigh Robinson also contributed 2 hits with an RBI.

With the win, the Lady Indians move to 23-4 on the year, and 13-1 in Region 2AA play and wind up 2AA play on Tuesday when they travel to Lyons to take on Toombs County. Thompson said he believes his team will be ready despite having already clinched the Region Title, “these girls will be ready, they have created some rivalries and they know the importance of the game and they will be playing for pride, so I think they will be fine.

First pitch for Tuesday’s game is set for 5:30 (Pictures courtesy of Carroll Williams) 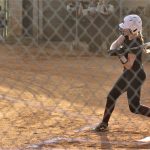 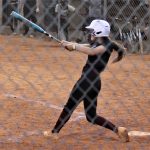