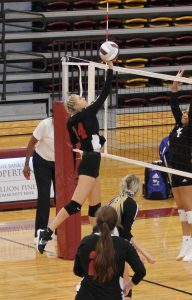 Vidalia opened up the Tournament with a bye and drew A/AA powerhouse Woodville-Tompkins who had reached the semifinals by knocking off McIntosh County Academy in three straight games.

That set up a much-anticipated showdown between the Lady Indians and the Lady Wolverines, a team Vidalia had 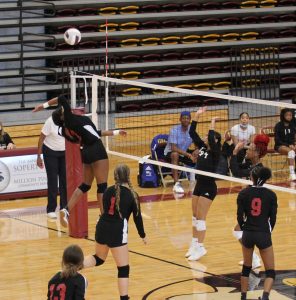 never beaten. “We knew going in that we would probably have to face Woodville,” said VHS Head Coach Sandi Calloway, “but our girls were up for the challenge and actually welcomed it. They have been working hard since the first of June, and they have been committed to being area champs since the beginning of the year.”

After splitting the first 4 games with Woodville -Tompkins, that dream looked like it may have to wait for another time, as the Lady Indians found themselves down 10-5 at one point in the deciding game 5. But a massive comeback by Vidalia in which they outscored the Lady Wolverines 11-4 down the stretch, provided for an exciting finish as the Lady Indians took the last point for a 16-14 win. 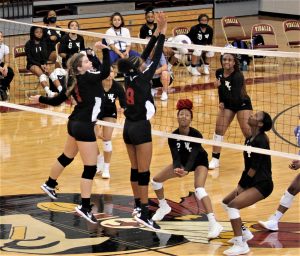 The fourth time would be no different as the Lady Indians took the Championship Match in three straight games 25-16, 27-25 & 25-23 giving the Lady Indians the Area 3 title. After the game, Calloway showered her team with praise “I cannot say enough about these girls and their determination. They believed from the beginning that the Area 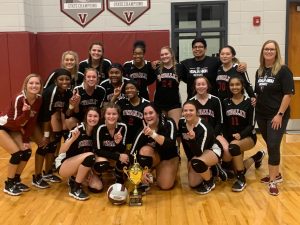 Championship was rightfully theirs, and even when they were backed into a corner, they never stopped fighting.”

The Lady Indians who are now 25-11 on the year, will now host the #4 seed from Area 2 in the first round of the GHSA Tournament on Wednesday, October 21st, with a time to be determined.