The Vidalia Indian Basketball teams had to come from behind Tuesday night to sweep Toombs County in Region 2AA action at Parsons-Reid Gymnasium. The girls who went into the matchup without a win in the Region came back from a 6 point 1st quarter deficit to win 43-36. Meanwhile, the boys looking to continue their run over the Bulldogs outscored their rival 30-18 in the 2nd half to get their 7th win of the year 56-46. 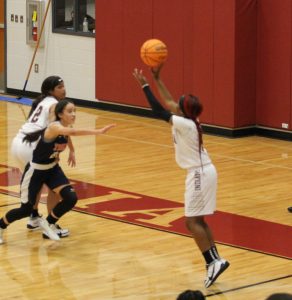 In the girl’s game, the Lady Indians took their first lead (10-8) with 36 seconds to go in the 1st quarter and never trailed after that in route to their 4th win of the year. Treyunna Roundtree led the Lady Indians with 19 points, while DeAsia Thomas came in off the bench to add 11.

After the game, Head Coach Sissy Anderson gave credit to the girl’s toughness and mindset throughout the game, “we knew going in that this was probably a toss-up, because of the athletes they have. But our girls, even when we were down early, never panicked and fought through some early adversity to finish strong. We still have a ways to go, but I think they realize now that they can play with anyone, and hopefully that confidence will continue the rest of the way.” The Lady Indians now stand at 4-6 and 1-2 in Region 2AA play with the win. 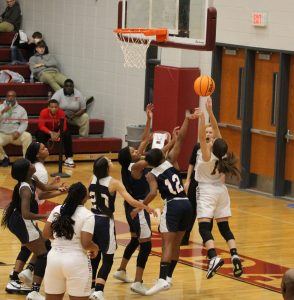 In the boy’s contest, Tommy Dalley’s Indians got off to a slow start in the first quarter and trailed Toombs County at the half 28-26. But the Indians were able to keep it within striking distance in the 3rd quarter, where Bryson Whited, and Ty Dalley combined for 14 of the Indians 15 points in the quarter to give the Indians a 41-38 lead heading into the 4th quarter.

From there, the Indians were able to hold the Bulldogs in check, outscoring Toombs County 15-8 in the final quarter to give Vidalia their 7th win of the year, to move to 7-3 & 2-1 in 2AA play. Ty Dalley finished the night with 26 to lead all scorers, with Bryson Whited adding 14. With the win, The Indians are now 19-1 against their rivals, with Toombs only win during that time coming in 2016. 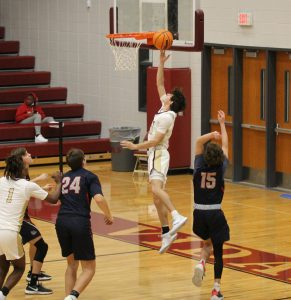 After the game, Head Coach Tommy Dalley said that he knew coming into the game, it was going to be a difficult game, 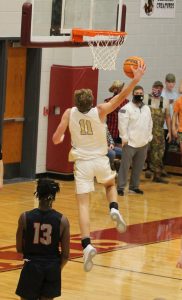 “I told our guys that their record didn’t matter because we are always going to get their best shot! And I think the guys responded well and fought through the slow start. Now we have to keep getting better because the schedule we have is brutal. We play #4 Woodville on Friday, and then next week we have Bacon County, who is improved on Tuesday, and then # 2 Swainsboro on Saturday. 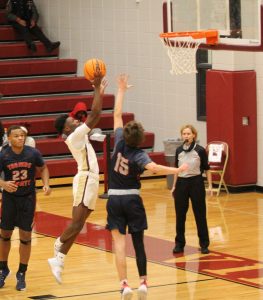 Friday night’s games with Woodville-Tompkins will be held in Savannah on Friday with the Lady Indians tipping at 6:00 PM against the 3rd ranked Lady Wolverines. The boy’s game will follow at approximately 7:30 as the 9th ranked Indians take the floor against the 4th ranked Wolverines.

Due to Savannah-Chatham County School Board’s COVID protocols, no tickets will be sold to the event. Players from each team will be allowed two tickets for those they designate to attend. Those who possess Valid GHSA passes will also be admitted.